British and Canadian authorities are warning their nationals visiting Jamaica’s Montego Bay to limit their movements following a state of emergency over violence and shootings in the tourist hotspot.

Jamaica’s Prime Minister Andrew Holness announced a state of emergency for St. James Parish on Thursday and deployed the military to the area amid a rise in violent crime.
Montego Bay, in St. James Parish, is a popular destination for international tourists.
“I have been advised by the security forces, in writing, that the level of criminal activity experienced, continued and threatened, is of such a nature and so extensive in scale as to endanger public safety,” Holness said, according to a government news release.
Police Commissioner George Quallo said 335 murders were recorded in St. James last year, almost twice as many as in any other parish.
The same day the state of emergency was announced, the UK Foreign Office issued a warning, saying it would “lead to more intensive law enforcement activities.”

Urging caution by visitors, the Foreign Office cited local media as saying a “major military operation” was under way in parts of St. James Parish.
“You should follow local advice, including restrictions in selected areas,” the Foreign Office said. “You should limit your movements outside of resorts in the area at this time, and exercise particular care if traveling at night.”
The Canadian government gave a similar warning to vacationers.
“Exercise a high degree of caution in Jamaica due to the high level of violent crime and the state of emergency in St. James Parish,” it said in a statement.
The US State Department has not updated its travel advice since Thursday’s announcement, but has previously warned against travel to some areas of Montego Bay due to crime.
The Prime Minister sought to reassure the public and local businesses as he announced the emergency measures, saying people’s rights would be respected even as the security forces are granted extraordinary powers.
“The declaration of a State of Public Emergency does not mean the suspension of the rule of law. The security forces are expected and have been directed to treat citizens with respect and protect the dignity and safety of all,” he said. 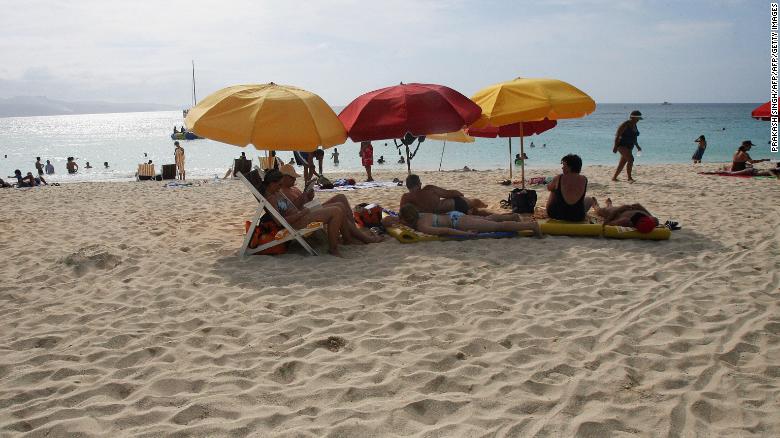 ‘If you know where the guns are, please tell us’

Holness urged the public to cooperate with security forces, saying the operations may create some level of inconvenience.
“Now is the time, if you know where the guns are, please tell us; if you know where the criminals are, please tell us,” he said.
Jamaica’s defense chief, Maj. Gen. Rocky Meade, also appealed for support for the security forces.
“We ask that you cooperate with the troops,” he said. “The troops have been refreshed in their training of human rights and how to engage with citizens.”
Under the state of emergency, people may be stopped at checkpoints and asked to verify their identity, according to the Jamaican government news release. They will also be asked to declare any offensive weapons and could face searches of their person or vehicle.
“We are ensuring that we enforce the rule of law, that we disrupt gang activities, and the particular focus is on those that are responsible for murders, lotto scamming, trafficking of arms and guns, and extortion,” Meade said.
Source :
CNN
Tags: CanadaCrimejamaicamontego baynationalsTouristsTravelUKviolentVisitingWarn