US coronavirus cases surge in most states

Iowa derecho in August was most costly thunderstorm disaster in U.S. history

There still aren’t enough Covid-19 tests in the U.S. Will rapid tests help?

Charting the future of India-US ties

Trump vs. Biden: How Russia sees the U.S. election

Time running out for missing submarine

Argentina’s navy says fresh noises are not from missing submarine

Morale aboard a US warship operating in the Pacific reached such a low ebb that one sailor described serving aboard the ship as being akin to being on “a floating prison,” according to surveys obtained via the Freedom of Information Act. The Navy Times obtained three command climate surveys featuring hundreds of pages of anonymous comments from sailors revealing widespread morale issues aboard the USS Shiloh, a Ticonderoga-class guided-missile cruiser based in Yokosuka, Japan.

Two Navy officials told CNN that the information reported from the surveys was accurate.
According to the obtained surveys only 31% of the sailors who responded to the survey said yes to the prompt: “I trust that my organization’s leadership will treat me fairly,” compared to 63% under the previous commanding officer. 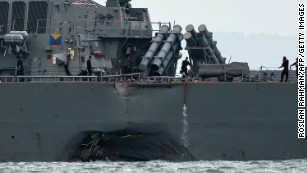 US Navy officers lose jobs after fatal collision
Additionally, only 37% agreed with the statement “I feel motivated to give my best efforts to the mission of the organization,” compared to 69% agreeing to the statement under the previous leadership.
The Navy officials added that the poor results of one climate survey caused Navy leadership to increase the frequency of which such surveys were conducted to help prompt the commander, Capt. Adam Aycock, to improve his performance.
One of the officials said they could not explain how Aycock managed to retain command in the face of the poor survey results.
Aycock served as the Shiloh’s commanding officer from June 2015 to August 2017 and is now at the US Naval War College. 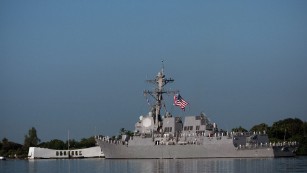 US Navy destroyer sails near disputed islands in South China Sea
One official said that Aycock remains on active duty and was not prematurely reassigned from his command of the Shiloh.
The survey responses also showed that junior sailors were concerned about receiving harsh punishments from Aycock, including being placed in the brig and fed only “bread and water,” an arcane form of punishment that is still available to commanding officers.
“Even the taxi drivers on base know us for being the ‘USS Bread and Water,'” one survey respondent said.
Language prohibiting that form of punishment was placed into the current version of the FY17 National Defense Authorization Act.
The Shiloh is part of the US Navy’s 7th Fleet which has been beset by a series of problems including two deadly collisions involving the USS Fitzgerald and the USS John McCain. 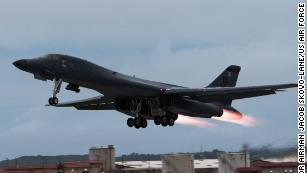 US bombers conduct drills off both coasts of Korean Peninsula
Officers in the 7th Fleet have faced a range of disciplinary actions and the Navy took the rare step of relieving the fleet’s commander, Vice. Adm. Joseph Aucoin.
The Shiloh, like the McCain and the Fitzgerald, is also equipped with the Aegis Missile Defense system which is capable of shooting down hostile missiles from adversarial states like North Korea.
The ship made headlines in June when a US sailor who was thought to have gone overboard for seven days and was presumed dead was found alive aboard the ship after prompting a major search operation. The sailor was later subjected to a non-judicial punishment.
Source :
cnn
Tags: the PacificUS NavyUS Navy ship

US coronavirus cases surge in most states

Iowa derecho in August was most costly thunderstorm disaster in U.S. history

A decade-long Republican campaign to weaken the consumer watchdog’s independence is set to backfire if Democrat Joe Biden wins...